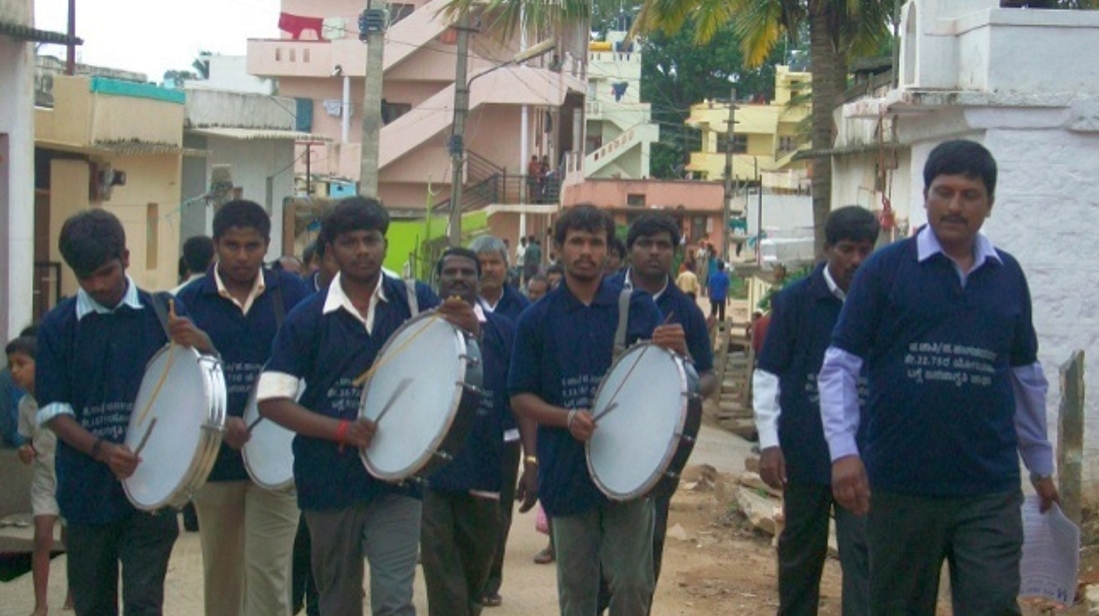 Dalit Bahujan Movement (DBM) has been actively working on ensuring implementation and accountability of programs and schemes designed for Scheduled Castes (SCs). The tribal sub plan (TSP) and special component plan (SCP), initiated by Government of India during the 5th and 6th Five Year Plans, were seen as a critical initiative in closing the development gap between the Scheduled Castes/Scheduled Tribes when compared to others. According to SCP and TSP, National and State budgets must allocate a percentage of their budget for SC/ST schemes in accordance to their population. However, the allotment is deficient.

Venkatesh M, an activist formerly with state ­level Dalit organizations, started DBM In 2007 with the specific goal to work systematically to get government funding for the social and economic upliftment of Dalit families. Since then, the group has successfully accessed scholarships, housing (see pict

ure) and income generation schemes for hundreds of families in Bangalore city . They have also campaigned for the proper planning and implementation of the Special Component Plan (SCP) by Bruhat Bengaluru Mahanagara Palike (BBMP).

AID-­Seattle volunteers also discussed the National Advisory Council recommendations on the SCP (now called Scheduled Caste Sub ­Plan (SCSP)) and TSP, which clearly noted that the implementation of SCSP/TSP, has been gravely deficient both in the states, and at the centre. Venkat Hari from Bangalore and Anupama from AID-­Seattle, visited DBM.

AID volunteers learn from the work of DBM and AID  stands in solidarity.